Turns out, the rumors are not true. Windows 10, conceived as SaaS, is not destined to remain the “last version of Windows.” In what seems to be a (mostly) refreshing departure from Microsoft’s tone-deaf game of OS disaster leapfrog, big and welcome changes are coming! Windows 10 will not reach its end of life until late 2025, but proactive IT departments are rightly preparing for the changes to come. Today, we explore highlights of the coming changes and what they mean for users and IT departments alike.

A free upgrade for current Windows 10 users, the most striking result with a “Windows 11” Google search is the new clean design where frosted glass and rounded window corners abound; but most of Microsoft’s work has been on the backend. For every fresh, aesthetic change are two or three functional changes to increase security and efficiency.

The start menu takes center stage by staging itself and your pinned programs to the center of the taskbar. The “Metro” style app tiles are replaced with a simpler throwback design most users are likely to love.

Window management gets a functional and aesthetic change as well. Windows can be arranged on screen more conveniently via the title bar, and app arrangements can be minimized and brought back on screen as if they were a single window. Convenient!

Perhaps one of the most welcome changes is the overhauled settings menu philosophy. Gone is the unholy union of the coexisting legacy Win32 menus and touch-optimized Windows 10 settings menus. All common settings and system functions are now accessible in one redesigned-from-the-ground-up place. Also, Internet Explorer, no longer the outcast hanging out behind the scenes, is finally put out to pasture to end its (and our) misery. Finally.

Even more unseen but just as welcome are the efficiency gains, faster browsing and Windows Hello biometric responsiveness, and 40% smaller delta updates.

Windows 11 is fully 64 bit (no more 32-bit support), and major updates are slowing from Windows 10’s six-month cycle to an annual schedule.

Likely its most left-field boast is Android app compatibility. On the surface this seems a logical and convenient feature, but requiring integration with Amazon’s Appstore in lieu of native Microsoft Store support is an odd and inconvenient implementation. Amazon Appstore requirements aside, using many Android apps in Windows is unlikely to be the most inspired way to use them. Unless app developers develop their apps with point-and-click and large touch screen compatibility in mind, many apps are likely to prove frustrating to use in a Windows environment.

This upcoming iteration comes with a fair bit of controversy. It would scarcely feel like a new Windows release without it. To be fair, overall, Windows 11 seems to align with the collective pulse of the Windows user base, but this version comes with its own backlash.

There is legitimacy to Microsoft’s claims, as devices that fit the required security profile reportedly reduce malware infections by 60%. But, whether those claims are true or not, alienating a large portion of the Windows user base is unsurprisingly proving to be a public relations quagmire for the company. Microsoft has been known to change course in light of user scorn. Time will tell if they eventually loosen these requirements prior to an official release.

As of the time of this writing, your IT department’s custom tooling, processes, and management workflows should work on Windows 11 as they currently do on Windows 10. Enterprise and volume licensing also remain the same from Windows 10 to 11.

Remember, you are not alone as you consider Windows 11 adoption. ITAdOn can advise or implement an airtight strategy to ensure a smooth and effective transition to the new OS and beyond.

Overview 5G, a once rarely mentioned buzzword, has picked up steam within the cultural zeitgeist in the years since the term was coined and 5G standards were yet to be finalized. Getting through a single… 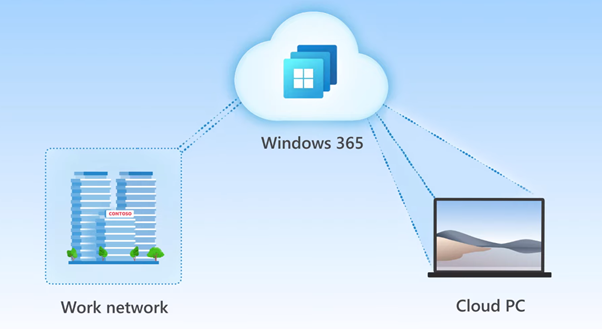 We recently wrote about the paradigm shift to increasing numbers of employees working from home, its impact on corporate networks worldwide, and potential solutions to ease the transition. Today, we turn our attention to Microsoft’s…

Your lead IT administrator is on vacation overseas. Richard from marketing clicked a harmless-looking link in an email offering bonus airline miles. A few moments later, across your entire company, your employees’ work is interrupted…

We use cookies on our website to give you the most relevant experience by remembering your preferences and repeat visits. By clicking “Accept All”, you consent to the use of ALL the cookies. However, you may visit "Cookie Settings" to provide a controlled consent.
Cookie SettingsAccept All
Manage consent

This website uses cookies to improve your experience while you navigate through the website. Out of these, the cookies that are categorized as necessary are stored on your browser as they are essential for the working of basic functionalities of the website. We also use third-party cookies that help us analyze and understand how you use this website. These cookies will be stored in your browser only with your consent. You also have the option to opt-out of these cookies. But opting out of some of these cookies may affect your browsing experience.
Necessary Always Enabled
Necessary cookies are absolutely essential for the website to function properly. These cookies ensure basic functionalities and security features of the website, anonymously.
Functional
Functional cookies help to perform certain functionalities like sharing the content of the website on social media platforms, collect feedbacks, and other third-party features.
Performance
Performance cookies are used to understand and analyze the key performance indexes of the website which helps in delivering a better user experience for the visitors.
Analytics
Analytical cookies are used to understand how visitors interact with the website. These cookies help provide information on metrics the number of visitors, bounce rate, traffic source, etc.
Advertisement
Advertisement cookies are used to provide visitors with relevant ads and marketing campaigns. These cookies track visitors across websites and collect information to provide customized ads.
Others
Other uncategorized cookies are those that are being analyzed and have not been classified into a category as yet.
SAVE & ACCEPT
Get A Free Consultation